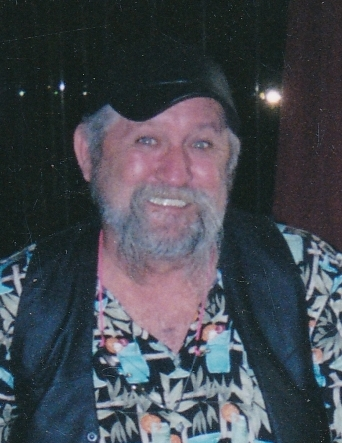 Please share a memory of Francis to include in a keepsake book for family and friends.
View Tribute Book
Francis Edward McTamney Dundee: Francis Edward McTamney, age 71, of Highland Dr. Dundee, NY died Saturday October 19, 2019 at home. At Fran's request, no calling hours or Mass will be held. A private graveside service will be held at the convenience of the family in Woodlawn National Cemetery, Elmira, NY. In lieu of flowers memorial contributions may be made to Hanger Clinic Prosthetics 47 West Steuben St. Bath, NY 14810. Francis was born Dec. 4, 1947 in Endicott, NY, the son of the late Paul Burton and Alice May {Calvasina} McTamney. He graduated from Owego Free Academy in 1966. He served in the U.S. Army from 1968-1969, stationed in Germany during the Vietnam War. On July 23, 1971, in Owego, NY he married the former Bonnie R. Morley. He was a Glass Blower making artistic Steuben Glass for the Corning Glass Works, for over 25 years, retiring in 1997. Mr. McTamney loved sports of all kinds but especially enjoyed watching his children play. He was a devoted NY Yankee & Pittsburgh Steeler fan, and enjoyed playing golf, hunting and fishing in his younger years. He is survived by; four children, Erin B. "Ernie" (Daria) McTamney of Dundee, Ian (Mari) McTamney of Waxhaw, NC, Amber (Chris) Felicia, of Greer, SC and Katie (Scott) Burton, Greenville, SC; 8 grandchildren; his brother, Gerald McTamney, of Nichols, NY; 2 nephews Neil and John Mc Tamney; the mother of his children Bonnie (Lynn) Ossont of Taylor, SC; and his best friend Bill Williams of Dundee, NY. He was predeceased by his parents, Alice M. McTamney (1990) and Paul Burton Mc Tamney (2008), and his Aunt Betty J. Nickerson (2011). Arrangements entrusted to the Baird Funeral Home, 36 Water Street, Dundee. Online condolences can be sent to the family by visiting www.bairdfuneralhomedundee.com.
To plant a beautiful memorial tree in memory of Francis McTamney, please visit our Tree Store

Share Your Memory of
Francis
Upload Your Memory View All Memories
Be the first to upload a memory!
Share A Memory
Plant a Tree