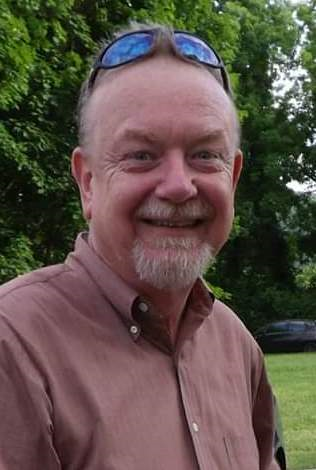 Please share a memory of Terry to include in a keepsake book for family and friends.
View Tribute Book
Terry Alan Brown Dundee: Terry A. Brown of Dundee, formerly of Oley, PA, Houston, TX, and Little Rock, AR, died unexpectedly on April 10, 2020. The void that he leaves is gargantuan. Everyone knew when Terry was in the room as his voice was as big as his personality. Terry was a son, brother, husband, father, and grandpa. He is survived by his mother, Marie Brown, sister and brother-in-law, Debbie and Lee Morehart, wife, Carolyn Brown, and children, Tai and Eric Jackson, Robert Brown and Alan Brown, as well as his grandsons, Kale and Gage Jackson. Terry was predeceased by his father, Jimmie, and his brother Steve. Terry was born in Little Rock in 1952. He graduated from Little Rock Central High School, University of Arkansas Little Rock, and earned his MBA from California Coast University. On September 24,th 1983, he married Carolyn, and became a stepfather. In 1987 and 1990, they welcomed their two sons. His wife, children, and grandchildren were the most important part of his life. He enjoyed working as a chemist, marketing executive, business owner, consultant, and recently as a SCORE mentor and Syracuse Chapter President. Terry was a naturally skilled musician. He loved to play music and was proficient on clarinet, piano, drums, saxophone, and especially on his guitars. He also loved the outdoors. Terry enjoyed hiking, backpacking, sailing, skiing, playing golf, and playing with his grandkids. He also enjoyed flying planes, using his carpentry skills, reading, eating fine foods, and masterful cooking. Terry will be deeply missed by his friends, family, and all who knew him. Due to the current CoVid-19 pandemic, a Celebration of Life is planned for a later date. In lieu of flowers, donations in his name can be sent to Hawk Mountain Sanctuary or the Food Bank of CNY. Arrangements by the Baird Funeral Home 36 Water St. Dundee, NY. Online condolences can be sent by visiting www.bairdfuneralhomedundee.com.
To plant a beautiful memorial tree in memory of Terry Brown, please visit our Tree Store

Look inside to read what others have shared
Family and friends are coming together online to create a special keepsake. Every memory left on the online obituary will be automatically included in this book.
View Tribute Book
Services for Terry Brown
There are no events scheduled. You can still show your support by planting a tree in memory of Terry Brown.
Plant a tree in memory of Terry

Share Your Memory of
Terry
Upload Your Memory View All Memories
Be the first to upload a memory!
Share A Memory
Plant a Tree