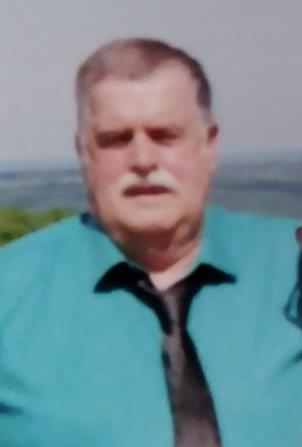 Please share a memory of Howard to include in a keepsake book for family and friends.
View Tribute Book
Howard Robert Hathaway Watkins Glen: Howard Robert Hathaway, age 64, of Watkins Glen, NY died Wednesday November 11, 2020 at Cayuga Medical Center, in Ithaca, NY. Honoring his wishes there were no calling hours. A graveside service will be held at 1:00 p.m. Saturday May 22, 2021 in Hillside Cemetery, Dundee, NY. Howard was born January 2, 1956 in Penn Yan, NY, one of 4 sons of the late John Lawrence and Marcia Ann {Hendrick} Hathaway. He graduated from Dundee Central School in 1974. He enlisted in the US Army in August of that year serving until 1977. Moving to Oklahoma in the 1980's he worked for his "Uncle Terry" at Fields Hot Shot Service in Burns Flat, OK; before becoming a truck driver for Anadarko Dozer in Elk City, OK. In 1987 he reenlisted in the Army for another two years, being Honorably Discharged in 1989. On February 6, 2010 in Elk City, OK he married the former Ruth Ann Larkin; and together they moved back east to New York in 2011. Mr. Hathaway was a member of the Wayne American Legion, loved Hot Rods and fast cars, NASCAR, and hunting and fishing. He is survived by his wife Ruth Ann Hathaway at home; 2 sons Michael R. (Cindy) Hathaway of Himrod, NY, John H. Hathaway, and a daughter Nicole (Henry) Armstrong both of Burns Flat, OK; 7 grandchildren; 2 sisters Lorie A. (James) Snyder of Canandaigua, NY, and Hannah Hall of Garner, NC; along with numerous nieces and nephews. Besides his parents he was pre-deceased by his 3 brothers Gerry Hathaway on Jan. 8, 1988, Roy C. Hathaway on August 16, 2009, and Tim L. Hathaway on Nov. 18, 2015; and a niece Sarah Elizabeth Williams also on Nov. 18, in 2019. Arrangements by the Baird Funeral Home, 36 Water Street, Dundee; to leave online condolences to the family visiting www.bairdfuneralhomedundee.com.
To plant a beautiful memorial tree in memory of Howard Hathaway, please visit our Tree Store
Saturday
22
May

Share Your Memory of
Howard
Upload Your Memory View All Memories
Be the first to upload a memory!
Share A Memory
Plant a Tree