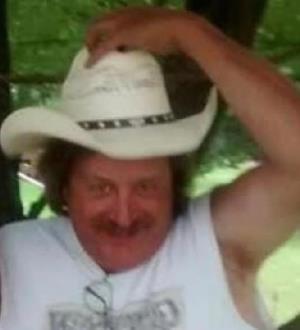 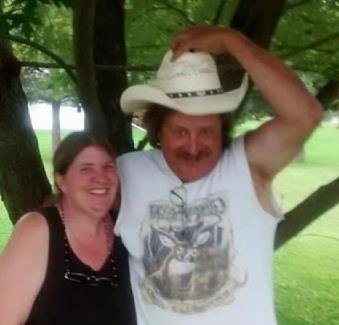 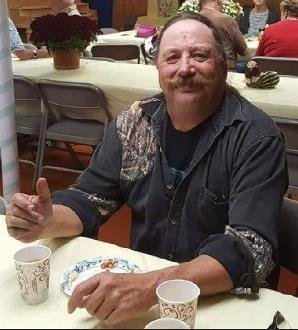 Please share a memory of Aaron to include in a keepsake book for family and friends.
View Tribute Book
Aaron C. Hall Dundee: Aaron C. Hall, age 57, of Dundee, NY passed away on one of his favorite days, "Opening Day of Deer Season" Saturday November 21, 2020 in the comfort of his bedroom after a long brave battle with health issues. There are no calling hours. Honoring his wishes he will be buried in Second Milo Cemetery after a graveside service at 1:00 pm Tuesday Nov. 24, with Lay Pastor Lew Ann Giles officiating. In lieu of flowers his request would be to plant a tree. Aaron was born August 12, 1963 in Penn Yan, NY, one of 10 children of the late Charles L. and Daisy Mae {Randall} Hall. He graduated from Penn Yan Academy in 1982. On August 23, 1986 on his parent's family farm on Chubb Hollow Rd. he married the former Cheryl A. Litteer. Having been a welder, and a former employee of Seneca Food, he was the proud owner of 10 H Contracting, of Dundee, until he became disabled in 2010. Raised and formerly attended the Second Milo Baptist Church, former member of the Himrod Conservation Club; and a former dirt track racer in Dundee, in the number 10 H. He also enjoyed his former days as a member of the Newark Valley Garden Tractor Pulling Club. His greatest passions: being a gifted and accomplished wood carver; hunting, and fishing. He was so happy to have been able to fulfill his lifelong dream of hunting Moose in Alaska. He is loved and will be missed by his wife of 34 years Cheryl A. Hall at home; 2 sons Robert Charles Hall of Anchorage, AK, and Daniel Aaron Hall, and a daughter Ashley Lynn Hall both of Dundee; 3 grandsons Colten and Weston Hall, and Landon Cooke; a brother Edward (Anne) Hall of Branchport; 7 sisters Diana Parmelee of Penn Yan, Donna Marusarz of Elmira, NY, Ruthie Baker of Jamestown, NY, twins Susan (Dana) Gibson of Dundee, and Sara (Paul) Hansen of Penn Yan, Rebecca (Randy) Johnson of Vonore, TN, Amy (Ken) Jerby of Colorado Springs, CO; and numerous nieces, nephews, in-laws & out-laws. Besides his parents, he was predeceased by a brother Jon A. Hall in 2006. Arrangements entrusted to the Baird Funeral Home, 36 Water Street, Dundee. Online condolences can be sent by visiting www.bairdfuneralhomedundee.com.
To plant a beautiful memorial tree in memory of Aaron Hall, please visit our Tree Store
Tuesday
24
November

Share Your Memory of
Aaron
Upload Your Memory View All Memories
Be the first to upload a memory!
Share A Memory
Plant a Tree