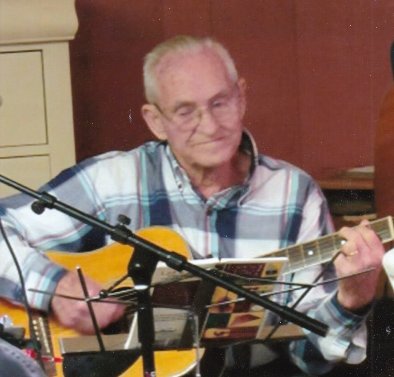 Please share a memory of Raymond to include in a keepsake book for family and friends.
View Tribute Book
Raymond L. Anderson Dundee: Raymond L. Anderson, age 96, of Lakemont, NY passed away peacefully Tuesday January 5, 2021 at his home. A private ceremony will be held at a later date. In lieu of flowers, the family respectfully request memorial contributions be made to the Dundee Fire Company Emergency Squad, 12 Union St., Dundee, NY 14837. Ray was born October 12, 1924 in Penn Yan, NY, the son of the late Ferdinand and Flora (Newlander) Anderson. He attended Penn Yan Academy. Upon his father's passing in 1941, Ray took over the family farm which he operated for three years. He met his future wife Shirley Enos in 1947 and on April 10, 1948 they were married. The entrepreneurial bug hit him a while later and in 1955 they purchased a garage and restaurant on Route 14 and opened the Anderson's Gas Station and Lunchroom. Ray mostly ran the garage and Shirley mostly ran the restaurant which she affectionately called "13 years of hell." One memorable moment however, occurred in May of 1963. Per Ray and Shirley, after the passing of Ernie Davis a car pulled up to the restaurant and a man came in and asked if they, "served black people?" They of course said, "Yes" and the rest of the passengers came into the restaurant for lunch. One of the people was Rev. Martin Luther King. After selling the garage and restaurant in 1969 Ray went to work for the Elmira Star Gazette as a Circulation Supervisor. He worked at the newspaper until his retirement in 1988. Ray was a handyman and enjoyed making various items from wood. One of his favorites was a full sized grandfathers clock which he wound every Sunday. Anyone visiting could hear the chimes every quarter hour. He was an active member of the Lakemont Congregational Christian Church; often singing and playing his guitar which he continued to play until his passing. He was the Vice President of the Lakemont Cemetery Association. He drove until he was 95. His favorite trip was to have breakfast at The Crossing Diner. He always ordered "a Dolly, with bacon, toast and coffee." Ray was a fantastic husband, father and grandfather and will be deeply missed by his family and friends; especially his sons Gary (Connie) Anderson of Hornby, Ron (Dee) Anderson of Dundee, Tim (Bonnie) Anderson of Cary, NC; his daughter Lori (Dave) Reeser of Elmira; a sister Mildred (Anderson) Bergstresser of Penn Yan; 10 grandchildren; and 6 great grandchildren. Arrangements are entrusted to the Baird Funeral Home 36 Water St. Dundee, NY; online condolences can be sent to the family by visiting www.bairdfuneralhomedundee.com.
To plant a beautiful memorial tree in memory of Raymond Anderson, please visit our Tree Store

Share Your Memory of
Raymond
Upload Your Memory View All Memories
Be the first to upload a memory!
Share A Memory
Plant a Tree