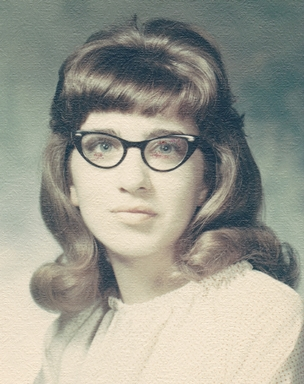 Please share a memory of Joan to include in a keepsake book for family and friends.
View Tribute Book
Joan L. Pangburn Geneva: Joan L. Pangburn, of Geneva passed away on Tuesday February 2nd at her home with her family following a prolonged illness. A memorial service will be held in the summer at the convenience of the family. Contributions in Joan's memory can be made to Beverly Animal Shelter; 50 East River St., Waterloo NY 13165 or the Humane Society of Yates County; 1216 14A, Penn Yan NY 14527. Joan was born on March 18, 1945 in Seneca Falls, NY to George and Mary Ryan Robinette, the 2nd of 5 children. She graduated from Mynderse Academy in 1963 and then attended the Willard School of Nursing in Willard, NY where she earned her RN degree. During her career, she worked as an RN at Willard State Hospital, Ontario County Nursing Home, and Lochland School. Joan married her husband, John C. Pangburn, on April 12, 1969 at the Chapel at the Seneca Ordnance Depot. Joan was a talented artist who enjoyed working with chalks and acrylics and loved spending time with her cherished family. After retiring in 2004 she enjoyed traveling with her husband John in their motorhome and spending winters in the South. Joan is survived by her husband of almost 52 years, John Pangburn of Geneva; her daughters Melissa (Mike) Lilyea and Christine (Matt) Hohman both of Penn Yan; her son Michael Pangburn of Tampa, FL; her grandchildren Elizabeth and Garrett Lilyea; brothers Mark Robinette and David Robinette and sister Marcia Williams and several nieces and nephews. In addition to her parents, she was predeceased by sister Ann Willis, brother-in-law, William "Bill" Willis and sisters-in-law Shannon Robinette and Susan Robinette. Arrangements are being handled by Baird Funeral Home, 36 Water St. Dundee NY; to leave online condolences to the family visit www.bairdfuneralhomedundee.com.
To plant a beautiful memorial tree in memory of Joan Pangburn, please visit our Tree Store

Look inside to read what others have shared
Family and friends are coming together online to create a special keepsake. Every memory left on the online obituary will be automatically included in this book.
View Tribute Book
Services for Joan Pangburn
There are no events scheduled. You can still show your support by planting a tree in memory of Joan Pangburn.
Plant a tree in memory of Joan

Share Your Memory of
Joan
Upload Your Memory View All Memories
Be the first to upload a memory!
Share A Memory
Plant a Tree