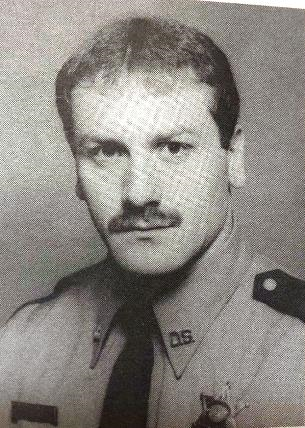 Please share a memory of Randy to include in a keepsake book for family and friends.
View Tribute Book
Randy Lee Andrews Dundee: Randy Lee Andrews, age 55, of Dundee, NY went to be with his Lord and Savior Jesus Christ, Monday, May 3rd, 2021. There are no prior calling hours. A Celebration of Life event will take place at the convenience of the family. Memorial contributions may be made to the Yates County Sheriff's Department 227 Main St. Penn Yan, NY 14527. Randy was born October 19th, 1965 in Penn Yan, NY, the son of Robert (Sr.) and Violet Andrews. He has lived locally since 1986, previously of Wayne, NY. In June 1984, he graduated from Hammondsport Central School. On August 16th, 1986 in Wayne, NY he married Tammie Sue Applebee. Randy had many occupations over the years. He started as a teenager on the John Petris farm. He then went on to work various construction jobs building houses and doing electrician work. Randy spent time working at Knapp & Schlappi Lumber Company and then went to employment at the Yates County Sheriff's Department. He started out working as a Corrections Officer in the Yates County Jail and also worked as a Marine Patrol Officer enforcing laws on Keuka Lake. In 1992, Randy graduated from Southern Tier Law Enforcement Academy in Corning, NY. He worked both as a Deputy Sheriff and a D.A.R.E. Officer with Yates County Sheriff's Department. Randy also worked as a Police Officer/Patrolman with the Village of Penn Yan Police Department. He achieved the rank of Sergeant in both departments and after 23 years of service in Law Enforcement, he retired in 2012. After retirement from Law Enforcement, Randy worked for Polmanteer Auto Service Center of Penn Yan as a tow truck driver. He was also employed by KanPak and Ferro Corporation of Penn Yan. Randy attended Harvest Baptist Church in Bath, NY. He enjoyed weightlifting, hunting, trapping, fishing, scrapping, working on cars, motorcycle riding, and hanging out with his best friend John Petris Jr. His most favorite thing to do was spending time with his children and grandson. They were his Pride and Joy. Randy's greatest desire was for others to come to know Jesus Christ as their Savior. He is loved and will be dearly missed by his wife Tammie Sue Andrews; a son Steven Michael Rider, a daughter Jessica Renee (Daniel) Howell, a daughter Venessa Renee (Robert III) Druker, a son Thomas Robert Lee Andrews, a grandson Robert Druker IV; several nieces and nephews; treasured best friend John Petris Jr.; and special dear friends Doug Combs, Peter and Karen Fryer, and Todd and Mary Sotir. He was predeceased by his parents and his brother Robert H. Andrews, Jr. Arrangements entrusted to the Baird Funeral Home 36 Water St. Dundee, NY; online condolences can be sent by visiting www.bairdfuneralhomedundee.com.
To plant a beautiful memorial tree in memory of Randy Andrews, please visit our Tree Store

Share Your Memory of
Randy
Upload Your Memory View All Memories
Be the first to upload a memory!
Share A Memory
Plant a Tree