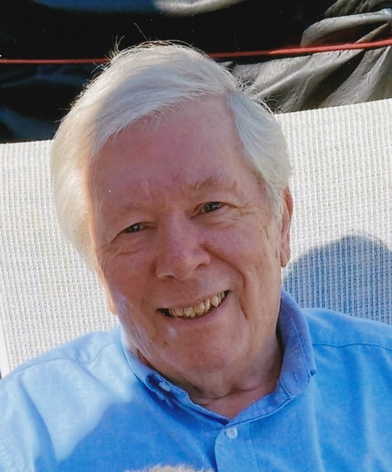 Please share a memory of Terence to include in a keepsake book for family and friends.
View Tribute Book
Terence Frank ''Terry'' Horton Penn Yan: Terence Frank ''Terry'' Horton, age 74, of St. Marks in Penn Yan, formerly of Wayne, NY died Tuesday September 28, 2021 at Strong Memorial Hospital, in Rochester, N.Y.. Honoring his wishes there are no prior calling hours. A Graveside Service with Military Honors will be held at 11:00 am Saturday July 23, 2022 in Sec. F of Hillside Cemetery, Route 14A, Dundee. In lieu of flowers memorial contributions may be made to St. Luke's Episcopal Church "Joanie Fund" 121 W. Lake Rd. Branchport, NY 14418. Terry was born Dec. 15, 1946 in Penn Yan, NY, the only child of the late Carl R. and Kathleen Joan (Hatherley) Horton. He graduated from Penn Yan Academy in 1964; continuing his education receiving an Associate's Degree from Corning Community College, and then his Bachelor Degree from Albany State. He served in the U.S. Army 1968-1971, during the Vietnam War, stationed in Germany. Terry's first work history began at the family owned business named after him "Terry's Drive In" located on Route 54 at Camp Arey. He retired from Pactiv Corporation, Canandaigua, NY. Mr. Horton was a very active and loved member of the St. Marks Complex in Penn Yan, having been President of the Tenants Association, and volunteering or organizing countless events and functions. He was happiest when he was helping people. He loved cruises, have taken many trips on the Queen Mary. He enjoyed movies, and all forms of theatre, especially Broadway. He will be dearly missed by his cousins Beverly T. Gordon of Branchport, and Lesley J. (Carl) Thompson-Shaw of Palmyra; Second Cousins Katie Kane, Richard & Bryan Gordon, Kelly Yount, Paul, Mark, & Matthew Wicker; a very dear God Daughter Bethlyn Malinoski; and countless friends and neighbors. Besides his parents, he was pre-deceased by his Aunt Norma Horton Thompson in 2015 and her husband "Uncle" Ernest N. Thompson in 2004. Sadly his cousin Beverly T. Gordon joined him in death 19 days later on Oct. 17, 2021. Arrangements entrusted to the Baird Funeral Home, 36 Water Street, Dundee. Online condolences to the family can be sent by visiting www.bairdfuneralhomedundee.com.
To plant a beautiful memorial tree in memory of Terence Horton, please visit our Tree Store
Saturday
23
July

Share Your Memory of
Terence
Upload Your Memory View All Memories
Be the first to upload a memory!
Share A Memory
Plant a Tree