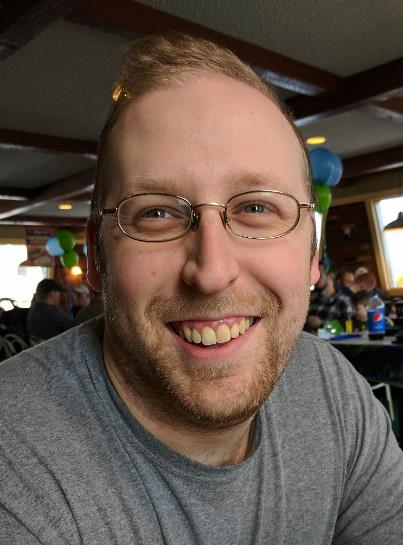 Please share a memory of Joseph to include in a keepsake book for family and friends.
View Tribute Book
Joseph Andrew Besecker Dundee: Joseph Andrew Besecker, age 32, of Dundee, NY passed away unexpectedly Saturday January 1, 2022. Honoring his wishes to be cremated, calling hours will be held from 2:00 – 4:00 p.m. Saturday January 15, at the Dundee American Legion 10 Spring St. Dundee; with a memorial service at 4:00 p.m. with Pastor David Semans officiating. He will continue to be remembered at a Celebration of His Life reception following the service. In lieu of flowers, please make donations in his memory to the Dundee Fire Company 12 Union St., Dundee, NY 14837. Joseph was born February 14, 1989 in Elmira NY; the son of Randy and Connie Besecker. He graduated from Horseheads High School in 2007, during which his senior year he enrolled in the U.S. Marines. Discharged under Honorable circumstances in June 2008, he met his wife Trista, shortly after. Following his wife (then girlfriend) to Buffalo, Joseph met his best friend Garrett while working in the electronics department of the Niagara Falls Boulevard Walmart. It was Garrett who introduced Joseph to DND, and the two bonded over their shared interest in computers and Star Wars. After the birth of their first daughter, they moved back home to his wife's native Dundee in 2011. Joseph and Trista were married on May 11, 2013. The father to three beautiful girls, Joseph put his heart and soul into being the best father he could be. Teaching them to ride bikes, play frisbees, letting them ride with him as he mowed the yard, helping to build them a play house and taking them camping to his favorite childhood campground in the Adirondacks. Joseph had many jobs throughout his life, working as a CSM at Walmart, an employee of Lowes, he finally landed a dream job at Corning Incorporated, working with computers which was his lifelong passion and hobby. From there he made many friends and work colleagues before moving to Salient Management Company where he was a level 2, Technical Support Specialist. Though customer service was never his favorite thing to deal with, he loved the challenge that working on computers brought. He was an avid book lover, video game enthusiast, and star wars aficionado. His free time was spent playing DND with beloved friends, reading Harry Potter to his daughters, messing around with his 3D printer, bowling, or watching his favorite TV shows such as the Mandalorian and Marvel franchise. He is survived, loved and dearly missed by, his wife Trista L Besecker, their three daughters, Aurora L. Besecker, Freya L. Besecker, Sybil A. Besecker, and son Callan A. Besecker, of Dundee, his parents Randy (Connie) Besecker of Horseheads, his brother Brandon (Lisa) Besecker of Vestal, his niece Kylie Besecker of Elmira, and nephew Alexander Besecker of Vestal. Paternal grandparents Joyce (Gerald) Crainey of Pine Valley, Maternal Aunts, Carol Terwilliger (Chris) May of Elmira, Kathleen (Richard) Hufford of Horseheads, Paternal Aunts, Monica (Kevin) Gardner of Burdett, Tammy (Mike) Merrick of Waverly. Andi Crainey Brooks of Arizona, Julie (Neil) Pfister of Ohio, His father in law Richard (Carryl) Nageldinger of Elmira, mother in-law Sherry (David) Corcoran of Dundee, sister in-law Jessica (Chris) Heeman of Dundee, nephew Desmond Heeman of Dundee, and many cousins. Arrangements entrusted to the Baird Funeral Home, 36 Water Street, Dundee. Online condolences can be sent by visiting www.bairdfuneralhomedundee.com.
To plant a beautiful memorial tree in memory of Joseph Besecker, please visit our Tree Store
Saturday
15
January

Share Your Memory of
Joseph
Upload Your Memory View All Memories
Be the first to upload a memory!
Share A Memory
Plant a Tree