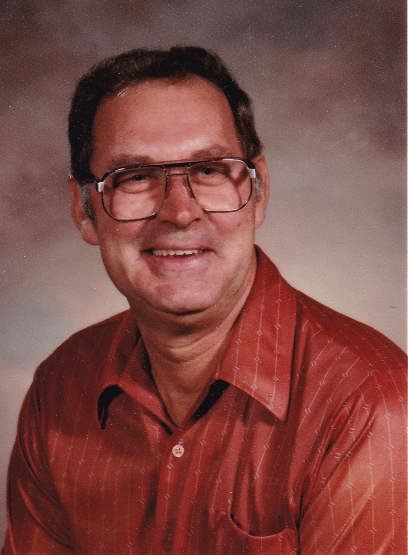 Please share a memory of James to include in a keepsake book for family and friends.
View Tribute Book
James C. Symonds, Penn Yan; James C. Symonds age 89, of Penn Yan previously of Dundee, NY passed away Wednesday January 12th, 2022 at The Homestead, in Penn Yan, N.Y.. Honoring his wishes there will be no calling hours or service at this time. Inurnment, along with his late wife, Barbara Symonds, will be at a future date in Lakeview Cemetery in Penn Yan, NY. Memorial contributions may be made to Dundee Fire Company Emergency Squad 12 Union St. Dundee, NY 14837 or to a charity of the donor's choice. Jim was born Dec. 14th, 1932 in Penn Yan, NY, the son of the late Floyd and Margaret (Campbell)Symonds. After attending Dundee Central School he went to work at Mercury Aircraft in Hammondsport, NY. Soon after he enrolled in the United States Air Force where he was based in Victoria, TX. While in the service he married his high school sweetheart, the late Barbara A. (Woodard) Symonds on Sept. 25th,1953. He was deployed to Japan during the Korean Conflict where he was a weapons specialist. After serving his time he continued to work at Mercury Aircraft and retired from the Penn Yan Central School District in 1995 after 23 years of service as the Superintendent of Buildings and Grounds. He was a member of many organizations over the years including the American Legion, The Elks Club and The Masonic Lodge. He was an active and social man always looking for a new adventure. He lived in many places over the years and built 2 homes for his family, including a log house from the ground up. He also enjoyed camping, playing cards, golf, hunting, fishing, and his 4 legged companions Brandy and Gunther. However, his greatest joy was his family, and his grandchildren and great-grandchildren. Those who knew him will always remember him for his humor and the ability to playfully tease others, all while making friends wherever he went. Even until his last hour on earth he was giving the very special nurses at The homestead a hard time, in the most loving way. He is dearly loved and will be forever missed by his 2 daughters Vicky A. Symonds of Cortland NY, and Pamela J. (Steve) Carruthers of Dundee; 3 grandchildren Stephany (Pete) Reif of Cortland, Jacy (Michael) Egburtson of Dundee, and Brandon Symonds Cortland; 5 great grandchildren Alivia & Emmaline Reif, Ryan & Abigail Egburtson, and Brandon Symonds Jr.; A brother John (Carolyn) Symonds of Penn Yan; a sister Judy (Richard) Barrick of Volente TX; and many nieces, nephews, cousins, in-laws and friends. Besides his parents he was predeceased in 2021 by his loving wife Barbara Symonds, of 67 years; Sister Janet O'Dell. The Family wishes to extend a special thank you to the staff and friends in Unit 3 of The Homestead for the love and care given to both Barbara and Jim Symonds. Arrangements entrusted to the Baird Funeral Home, 36 Water St., Dundee, NY; to leave online condolences to the family, visit www.bairdfuneralhomedundee.com.
To plant a beautiful memorial tree in memory of James Symonds, please visit our Tree Store
Lake View Cemetery
Elm Street
Penn Yan, New York, United States
Need Directions?
View Map | Text Directions | Email Directions
Online Memory & Photo Sharing Event
Online Event
About this Event

Share Your Memory of
James
Upload Your Memory View All Memories
Be the first to upload a memory!
Share A Memory
Plant a Tree