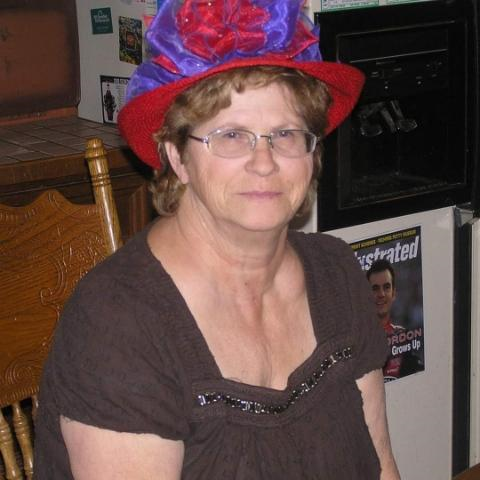 Obituary of Alice May Michael

Please share a memory of Alice to include in a keepsake book for family and friends.
View Tribute Book
Alice May Love Michael Rock Stream: Alice May Michael age 77, of Rock Stream, NY passed away January 18, 2022, at Schuyler Hospital in Montour Falls, N.Y. Honoring her wishes there are no calling hours. A celebration of her life will be held at the convenience of the family on a date to be announced. In lieu of flowers the family suggests making a donation to a charity of your choice, she was partial to St Jude's Children's Hospital Alice was born on December 23, 1944 in Wilmington DE, the only daughter of the late Clarence and Dora (Lufsey) Love. She graduated from William Penn High School in New Castle, Delaware in 1963. In October of 1964 she married Cpl. Joseph F. Michael of the United States Marine Corps. Alice worked many different jobs throughout her life. The one she liked the most was General Motors on Boxwood Road in Delaware where she held the position of Paint Facilitator in the paint department on second shift . She would often talk about going back to see her old coworkers. Her nickname was Yahtzee Queen She was a member of the Lakemont Church, and the Yates County Women Organization. She also belonged to a lovely group of women that called themselves The Red Hat Ladies. She enjoyed all kinds of puzzles, watching Jeopardy, Wrestling and Game Show Network. Her favorite NASCAR driver was Jeff Gordon. She absolutely adored Daniel O'Donnell, listening to his music and attending his concerts She is loved and will be dearly missed by her husband of 57 years, Joseph Michael and her son Joseph Michael Jr. at home; her 2 daughters, Alice (Stephen) Klapcuniak of Newark DE, Angel (Kevin) Chism of Beaver Dams NY; 2 grandchildren Roger (Ashlie) Billings and Krystal Billings; 6 great grandchildren Olivia, Dexter, Sasuke, Zorii, Sayuri, and Shaun. She has countless friends that will miss her dearly and her cats, especially Cinabon. Besides her parents she was predeceased by 3 older brothers ; Clarence, John, and Jimmy A heartfelt thanks to the Mennonite community and Clara Pinckney for their endless care and support. A special thanks to Pastor Cindy O'Leary and her husband Joe for their continued prayers and counseling. Online condolences can be sent by visiting www.bairdfuneralhomedundee.com.
To plant a beautiful memorial tree in memory of Alice Michael, please visit our Tree Store

Celebration of Her Life

Share Your Memory of
Alice
Upload Your Memory View All Memories
Be the first to upload a memory!
Share A Memory
Plant a Tree