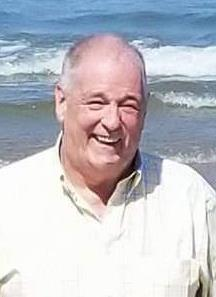 Please share a memory of Mark to include in a keepsake book for family and friends.
View Tribute Book
Mark Spencer Bellis Dundee: Mark Spencer Bellis, age 74, of Dundee, NY passed away Thursday September 15, 2022 at Strong Memorial Hospital, Rochester, N.Y. Calling hours will be from 5:00 -7:00 pm with a Fireman's Service held at 7:00 p.m. Thursday Sept. 22, at the Baird Funeral Home, 36 Water Street, Dundee, NY; where his funeral service will be held at 11:00 am Friday Sept. 23, with Lay Pastor Lew Ann Giles officiating. Burial with Military Honors will follow in Hillside Cemetery, Dundee. In lieu of flowers memorial contributions may be made to The Hope Walk, P.O. Box 174, Penn Yan, N.Y. 14527. Mark was born May 11, 1948 in Bath, NY, son of the late Charles Spencer and Beatrice Evelyn (Houck) Bellis. He graduated from Dundee Central School in 1967; and attended Boston Radio Electronic Tech School in Boston, MA. He got a job at the salt plant before being drafted by the U.S. Army, serving from 1968-1970 in Vietnam and receiving a Commendation Medal for his time served. Honorably discharged with his job held for him, he married the love of his life the former Jacqueline A. Hanaway in Waverly, NY on July 17, 1971. He was employed for 30 years, retiring as an Electrical Technician for Akzo Nobel Salt, of Watkins Glen, NY in 1997. His second career was working for the Yates County Dept. of Transportation for 16 years, retiring fully in 2013. He and "Jackie" enjoyed 3 years, before she passed away on October 9, 2015. Mr. Bellis was very active in the community, having served as the Mayor of Dundee from 1995 - 2003; a Village Trustee from 1987-1995, and as Water Commissioner. He was a proud member of Dundee American Legion, & Dundee VFW; but was most active in the Dundee Fire Company & Dundee Emergency Squad, having been a member for 49 years, and serving as Treasurer from 1986- 2007, and had been a 2nd Assistant Chief, and a Past Captain, as well as a Guthrie Flight Observer. Mark had many passions and hobbies; and belonged to a Remote Control Flying Club. He was infatuated with electronics, computers, and electric remote control toys, from boats, cars, drones, to planes & trains, and anything he could make go fast including his prized 2016 White Corvette. He was an avid sports enthusiast, both pro and scholastic as a participant or spectator. He loved Boating, Golf, Bowling, Softball, Football and the NY METS. He is survived by his only child, son Brandon M. (Elizabeth) Bellis of Chesapeake, VA; twin grandsons Joseph & Dominic Bellis; his only sister Brenda J. (Lawrence) Katz of Asheville, NC; and brother in law Jeffrey Hanaway of Woodhull, NY. Online condolences can be sent by visiting www.bairdfuneralhomedundee.com.
To plant a beautiful memorial tree in memory of Mark Bellis, please visit our Tree Store
Thursday
22
September

Share Your Memory of
Mark
Upload Your Memory View All Memories
Be the first to upload a memory!
Share A Memory
Plant a Tree