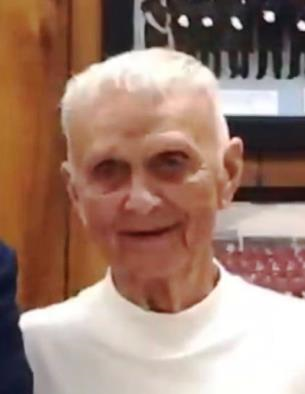 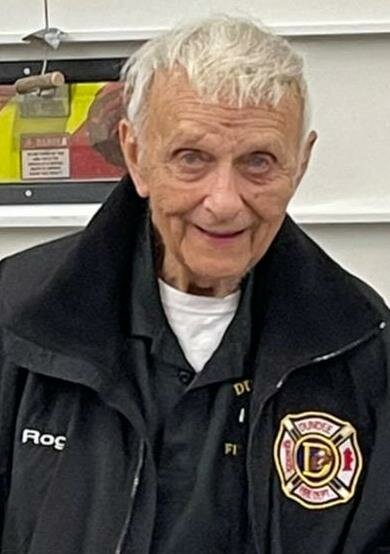 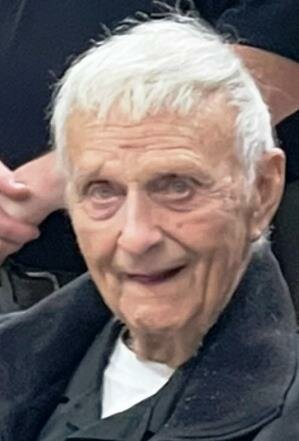 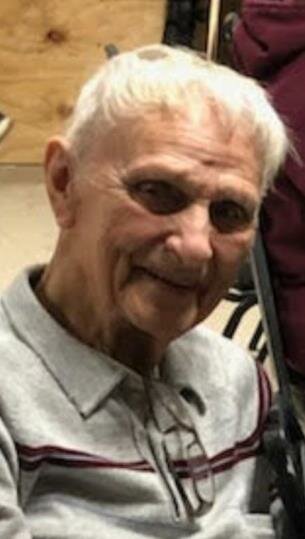 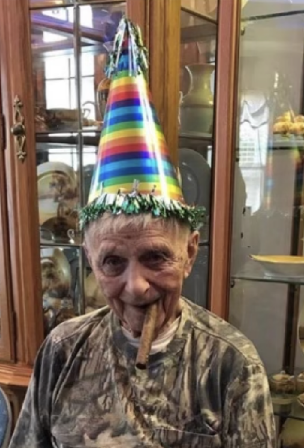 Please share a memory of Roger to include in a keepsake book for family and friends.
View Tribute Book
Roger Frank 'Rog' Miller 1929 – 2022 Dundee: Roger Frank Miller 'Rog', age 93, of Dundee, NY passed away quietly in his home on Monday, November 7, 2022. There will be no public calling hours or formal service at this time. Rogers wish for when he was gone was for his children to have a Miller Family Harvest Party and think of him. To honor his wishes a Miller Family Harvest Celebration of Roger Frank Miller's life will take place in the spring. Details to follow. The family respectfully requests that memorial donations be made to the Dundee Fire Company 12 union St. Dundee, 14837; of which he was a member for 73 years, joining in 1949. Roger was born March 13, 1929, the son of the late Raymond C. & Helen (Jayne) Miller. He graduated from Dundee Central School in 1947. He proudly served in the U.S. Army from 1947 to 1954 in Korea. He married Cora Jane Hess on December 13, 1952, they would have celebrated their 70th wedding anniversary in just a couple of months. When he was young he began working at his mother's restaurant ~ Miller's Restaurant on Main Street in Dundee and thus started his love for cooking. He went on to become a village mail carrier for the United States Postal Service and shortly moved to a Rural letter carrier until he retired in 1984. For many of his younger years Roger could be found in his garage on Hollister Street butchering and processing hundreds of deer, pigs, cows etc. Family, friends and hunting buddies spent countless evenings gathering in the garage. He enjoyed running a pig farm with his oldest Brother Clayte for many years. Roger owned and operated Miller's Catering for decades where many people enjoyed his famous Roast Beef and chicken & gravy with biscuits. Roger took his cooking skills on the road and had booths at The Windmill Farm & Craft Market in Penn Yan, Hanna Junction in Canandaigua and The Carousel Market in Elmira. Above all Roger loved his wife, children, grandchildren and great grandchildren and immensely enjoyed family and friend get togethers. He loved telling stories around the fire pit with a beer in his hand and a cigar in his mouth. He passed his love for hunting on to any child and grandchild that would listen and taught them everything they needed to know about hunting and taking care of their deer. He is loved and will be dearly missed by his wife Cora Jane of Dundee His children Trudy (George) Farrell of Dundee, Tami Miller of Penn Yan, Ted (Kate) Miller and Roger C. Miller both of Dundee, and Glen (Cathy) Miller of Bath; nine grandchildren; Zach (Jamie) Farrell of Geneva, Casie (Thomas Crowley) Farrell of Schenectady, Jason (Jill) Plumlee of Penn Yan, Crystal (John) Bentley of Dundee, Sarah (JD) Rogers of Franklin, Tennessee, Chad Miller of Penn Yan, Michael J. Miller of Key West Florida, Eric (Kristine) Miller of Weston, and Karen (Brandon) Hughes of Chesapeake, VA.; 14 great grandchildren Grace & Zoey Farrell, Abigail & Emilia Plumlee, Lee Miller, Cassie Morrissette, Trey & Hailey Bentley, Cole & Ava Rogers, Delaney & Easton Hughes, Alexa & Zoey Miller. Along with many nieces, nephews, cousins, family and friends. Besides his parents he was predeceased by his grandson Joshua D. Plumlee, Brother & Sister-in-Laws Clayton & Betty Miller, Jack & Marjorie Miller, Sister & Brother-in-Laws Evelyn & Emery Meyers, Irene & Elbert Harris, Joyce & Gabe Bellis; and nephew’s Corey Miller, Terry Miller, Jack Harris, Bill Harris and Michael J Harris; and niece’s Judith Harris & Nancy Dunton. The family would like to thank the Dundee Fire Department, The Bath VA, Ontario-Yates Hospice; and his many nurses and home health aids that helped us take care of him in his final weeks. Arrangements entrusted to the Baird Funeral Home 36 Water St. Dundee; online condolences can be sent by visiting www.bairdfuneralhomedundee.com.
To plant a beautiful memorial tree in memory of Roger Miller, please visit our Tree Store

Look inside to read what others have shared
Family and friends are coming together online to create a special keepsake. Every memory left on the online obituary will be automatically included in this book.
View Tribute Book
Services for Roger Miller
There are no events scheduled. You can still show your support by planting a tree in memory of Roger Miller.
Plant a tree in memory of Roger

Share Your Memory of
Roger
Upload Your Memory View All Memories
Be the first to upload a memory!
Share A Memory
Plant a Tree